Welcome to the second part of our dubbing studio-building. Two weeks have passed and things are going on. But how exactly do we build our new studios? ​
Well the option to quickly buy, saw and screw all the needed ourselves was out of the question for us. After all 400m² want to be used well and efficiently so planning and the room design went first. We have already spent several months on this alone - sometimes quiet and sometimes louder than normal. The planning was mainly done with "Sweet Home 3D" - a free CAD program for Mac OS X and Windows. We decided for the program because good results can be achieved with relatively little effort. And although it's freeware (maybe that's why) we were able to create our first plans very quickly and even have them displayed as a 3D-model.
At the beginning we transferred the exact room dimensions into the program and then started to design individual rooms for our new studios. ​

The undertaking was not easy because we have to accommodate three studios alone (recording & control room). 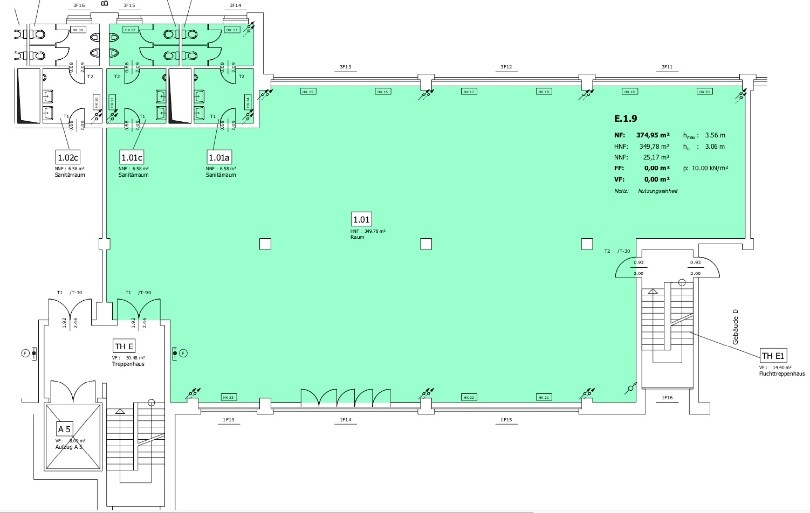 Illustration 1 This is what our new business looks like - a full 375m² usable area just for us and new exciting projects ... ​ 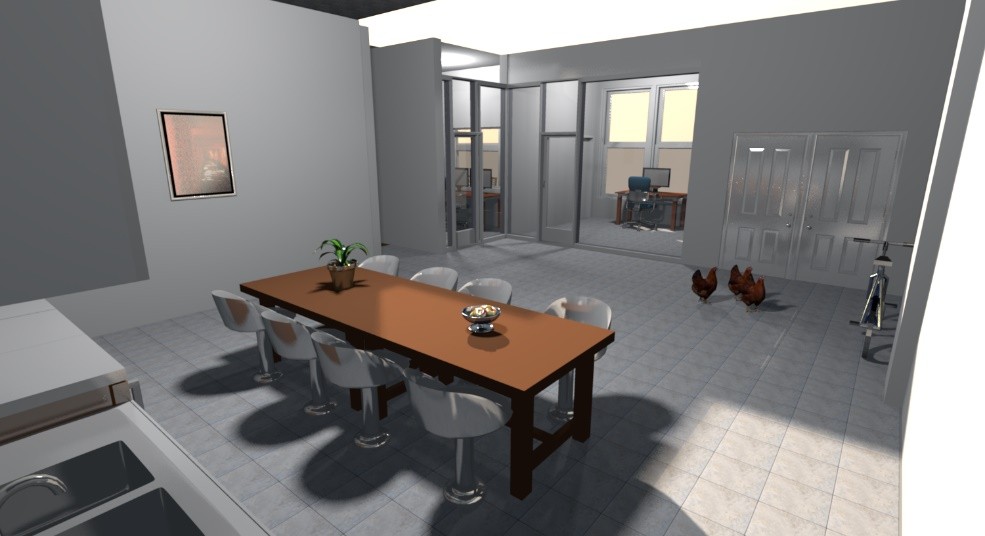 Illustration 2 "Sweet Home 3D" creates beautifully rendered pictures - at least for the first impression. In addition, we were already able to add employees. They absolutely wanted to be paid in grains, but are not the cleanest ...

Each recording room should be designed as a room-in-room concept in order to have the best possible protection against external sound influences. With a minimum size of 20m² per room, almost one third of our total area is already used. We thought about positioning the speaker with their backs to the director to ensure maximum text concentration. In addition, they should not feel disturbed by incident daylight. Now one could say that there is still enough space and sure … there are still a few more rooms missing.

Where should the reception go, where do we have to place sanitary rooms. How large can a potential kitchen be and what about additional editing areas and workrooms in general? Are all rooms barrier-free and can be accessed easily? How much space does the room-in-room concept leave after deducting the double walls? And then there is also another important thing - how can all these rooms be distributed optimally over the entire area.

In the beginning we had planned four studios, however, we could not rent the commercial area at that time. We could certainly have built the four studios in our current premises in the south of Berlin too but then at least two studios would have become very small. That's why we decided on a large studio - the showpiece when it comes to equally large orders and you want to work together with customers and speakers in maximum comfort – and two smaller sutdios. Furthermore, the placement of the monitoring loudspeakers is not unimportant for the room sizes. As we wrote before, we would like to equip our new premises with loudspeakers for multi-channel mixing. Of course, Dolby 5.1, 7.1 and Dolby Atmos Home should not be missing. Using the "5.1-Channel Production Guidelines" we created a circle with corresponding lines starting from the center. The lines show the positions of the respective monitors and help us to place them in the respective control rooms.

The Dolby Guidelines, here is the Link (please click) are a must for anyone who is interested in multi-channel mixing because they give a lot of information about room size and speaker arrangement. You can see on the pictures below how our room design has changed until we finally had all the rooms the way they should be. We continue with the blog post so stay tuned ... 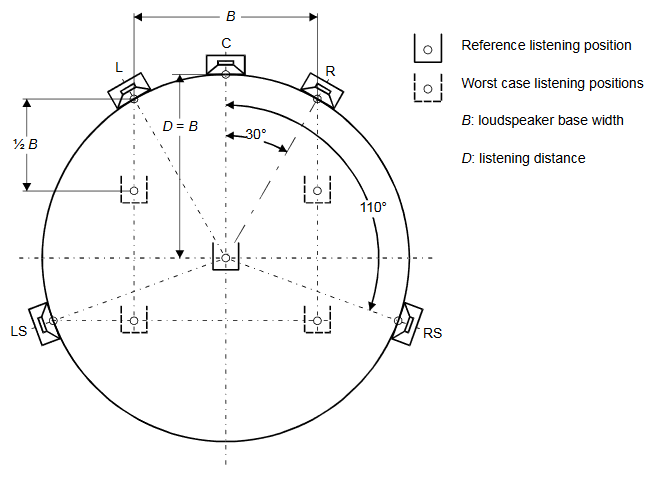 Illustration 3 The Dolby Circle: Quickly put together or copied out, we can easily determine the position of our 5.1 setup.

Illustration 4 We had planned our first premises a little differently than we thought. Here is the original building plan. 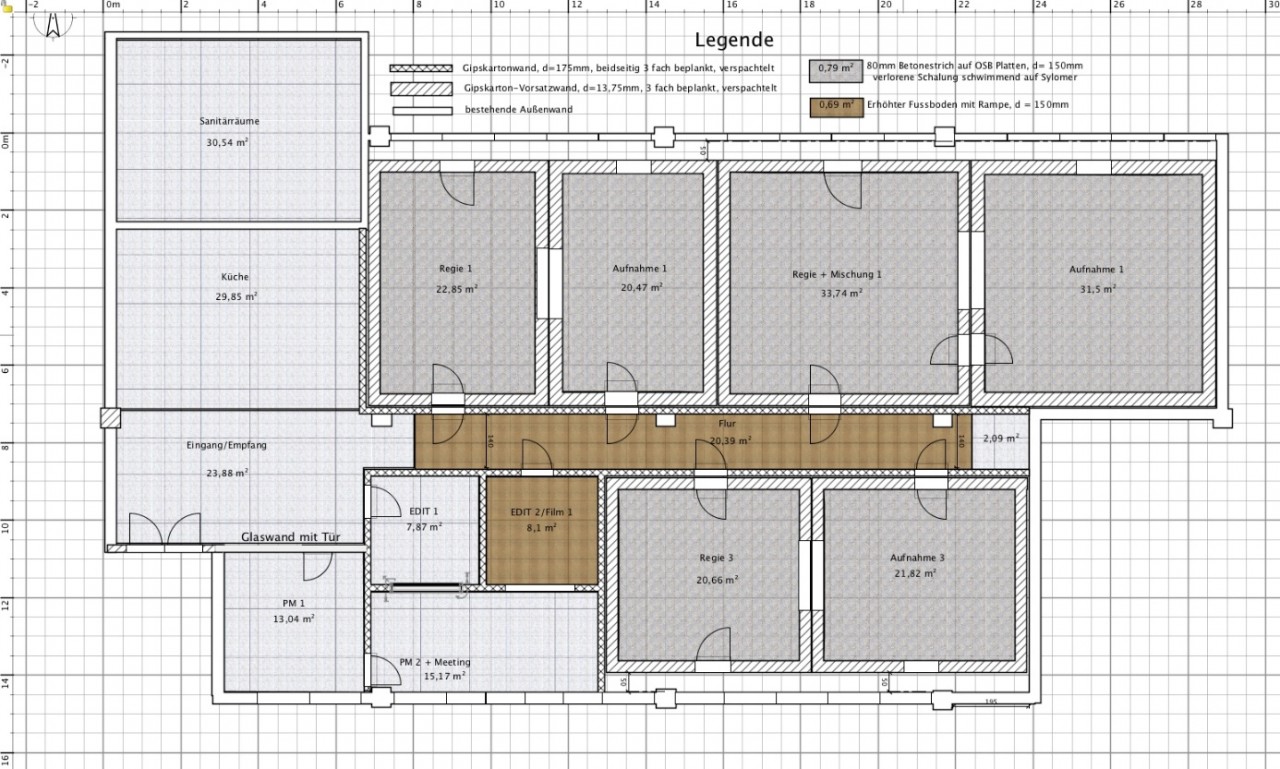 Illustration 5 In the new rooms in Berlin South we had to change our construction plans. One studio was removed in favor of a large main studio. The arrangement is no longer symmetrical but has been optimally adapted to the spatial conditions. 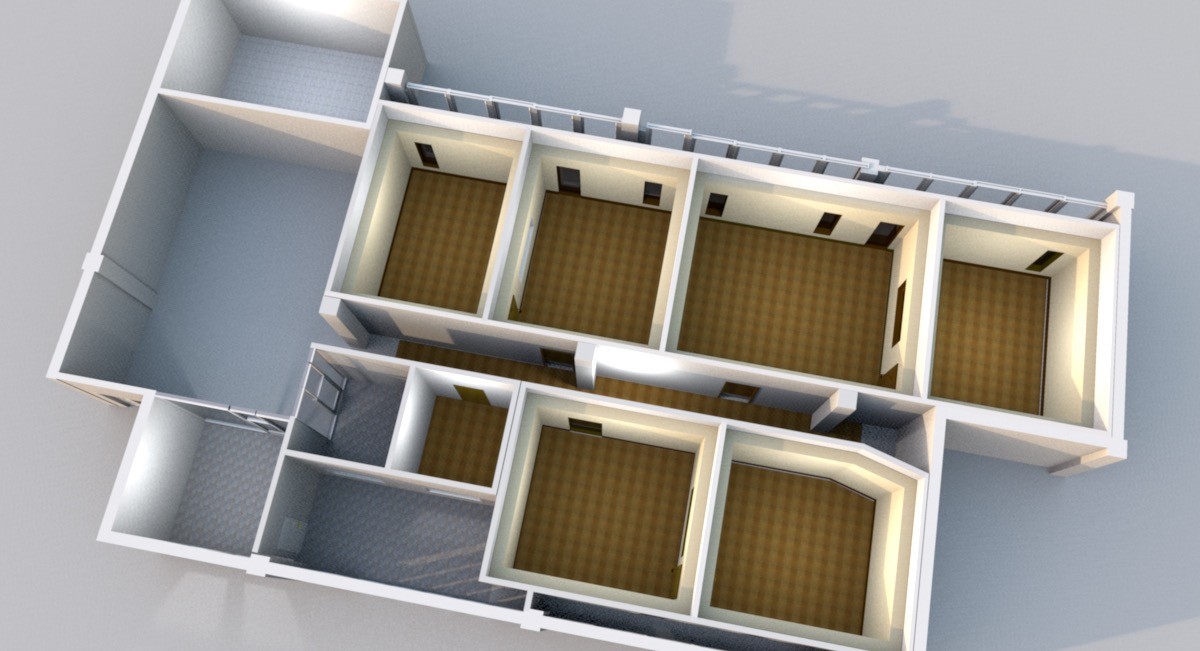 Illustration 6 Thats our plan in a modelled 3D view. This way you can estimate a bit better how big the rooms will look like later. 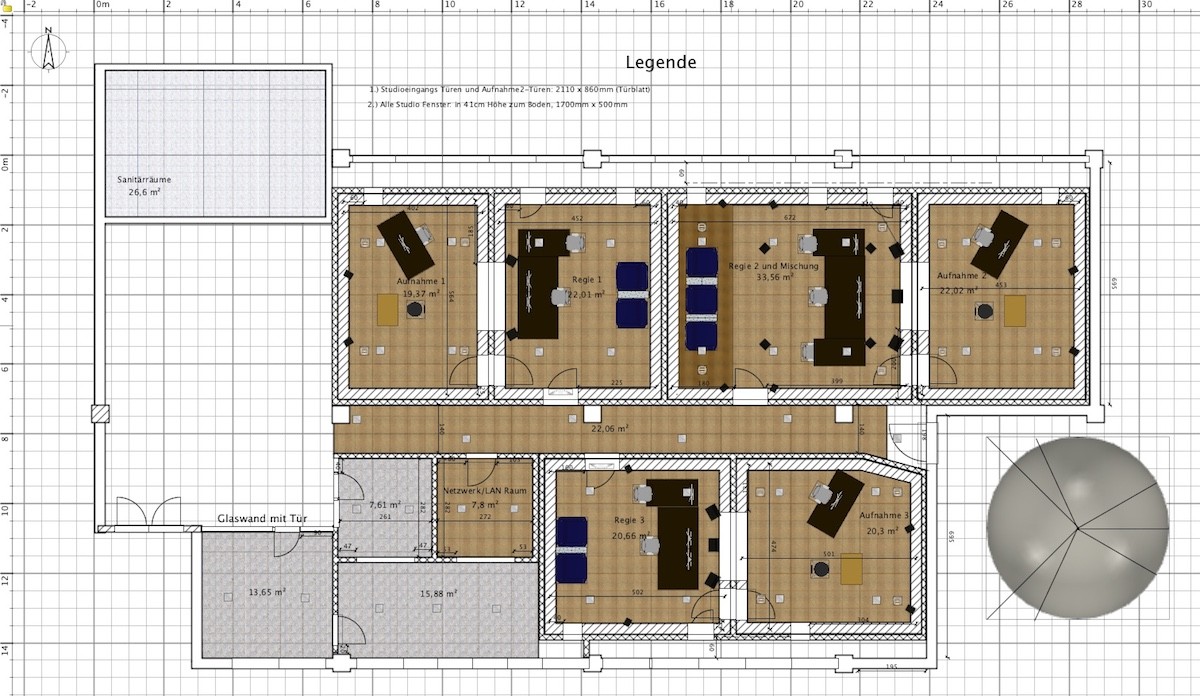 Illustration 7 There are still a few last adjustments and the first virtual furniture is already inside. We also used our virtual Dolby circuit to arrange the multichannel speakers.You can see a 7.1 circuit this time on the right corner.