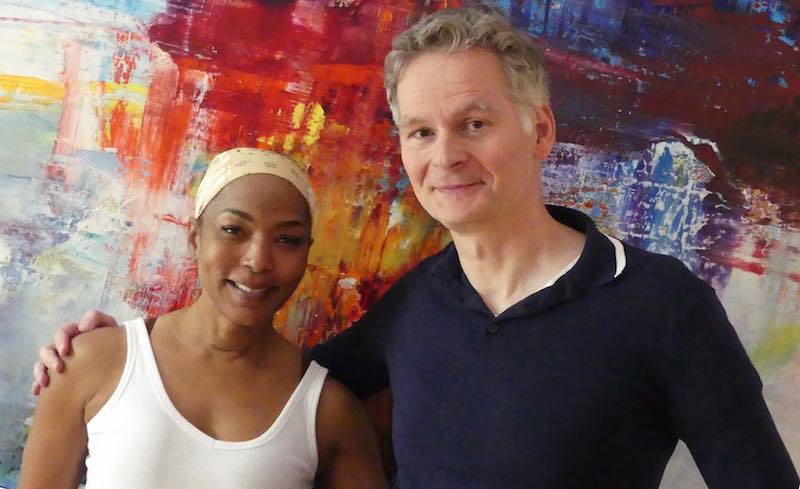 Monday, 1 P.M.: We are about to provide sound for a short documentary production about the Black American basketball player Bill Russell. The task itself is simple. Our audiences are in the US, still sound asleep while we are enjoying the bright sunshine. The voice over text is quite short, we complete similar productions daily – but today is somewhat special, since our voice for today is that of Angela Bassett, the American actress.

She is currently in Berlin shooting her new film titled Gunpowder Milkshake; her experience with Hollywood spans more than 30 years and a wide variety of film productions, including blockbusters such as Contact with Jodie Foster or Mr. & Mrs. Smith starring Brad Pitt and Angelina Jolie. More recently, she has worked together with Tom Cruise in Mission: Impossible Fallout, starred in Avengers: Endgame, and portrayed Queen Ramonda in Black Panther. The latter has brought her the Screen Actors Guild Award.

Born in 1958, Angela Bassett was raised by a foster mother and went on to study at the prestigious Yale University. Upon graduating in 1983 with an MA in Drama, she was involved in numerous cinematic and television productions. She appeared notably in the teen hood drama Boyz n the Hood (1991) and the hit series Emergency Room alongside George Clooney.

Today however, she is here to narrate the story of Bill Russell's struggle against discrimination, and that of the empowerment of Black Americans over the course of the last 50 years. The issue has recently gained more ground, especially considering the fact that ethnically motivated tension is yet again on the rise in the US. This context adds importance to our encounter with Bassett, the work on the current project, and the fact that she was able to find time for this production. Everything went as planned, the recordings were completed swiftly (one could expect nothing else from a professional of that level), so that there was still time left for a great conversation among colleagues (despite the language barrier), a photo taken together, and a short interview Angela granted us. You can find those here:

The documentary feature about Bill Russell's life is available here. Apart from Angela's voice over that we recorded, there is additional commentary by Samuel L. Jackson and Barack Obama, among others:

Here are some Trailers of the most recent movies Angela took part in:

The most recent of the superhero films in the Avengers series, set in the Marvel Comics universe, depicts the final battle against their archenemy Thanos to save the world.

Agent Ethan Hunt finds himself in an action-packed race against time in order to prevent a nuclear attack. Angela Bassett's character is the Director of the CIA; the video includes commentary about her role.

The film, based on a Marvel Comics character, is the story of T'Challa/ Black Panther, the young King of Wakanda, who must defend his kingdom. Starring Angela Bassett as the queen mother Ramonda.

Directed by Angela Bassett, Whitney is a biographical film about the soul singer Whitney Houston.