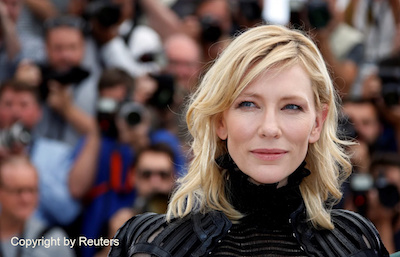 Cate Blanchett on a visit

Weekends, normally not our time in the mixing room, because there is still something like a private life. But then they do happen - the days when you show up at the studio despite the weekend, e.g. when a request from Hollywood comes in.

So it happened that two weeks ago we´re allowed to do two wonderful (but way too short) ADR shoots with the great Cate Blanchett. Known from many great Hollywood movies of the last 20 - 30 years, we participated in the reshoot for two new movies. In the black comedy "Don't look up" Cate plays together with Leonardo DiCaprio, Jennifer Lawrence and Meryl Streep. Here is the trailer:

Now some of you might be wondering what an ADR (Automated Dialogue Replacement) actually is. ADRs are re-recordings for movies or TV shows, if the sound recording is faulty at certain points or there were other problems such as pronunciation errors. If the actor or actress is in town at the time, a studio in the vicinity is requested for this. Normally, we receive a film clip with the corresponding scene for the preparation of such productions, which is then dubbed by the actors as flawlessly as possible. In addition, directors, producers and other participants are connected via Zoom or other conference tools. As time-consuming as it may sound, the whole thing is over in no time. After half an hour per movie, everyone is gone. What remains is the thought of finally having to go to the cinema again and having just worked with great personalities you don't meet every day.

"Don't Look Up" & "Nightmare Alley" will both be released at the end of 2021. By the way, if you want to know how Cate Blanchett sounds with her original voice and german-dubbed, you can check out our small movie comparison from "Thor: Judgment Day" here.

The best microphones for voice recording 2015