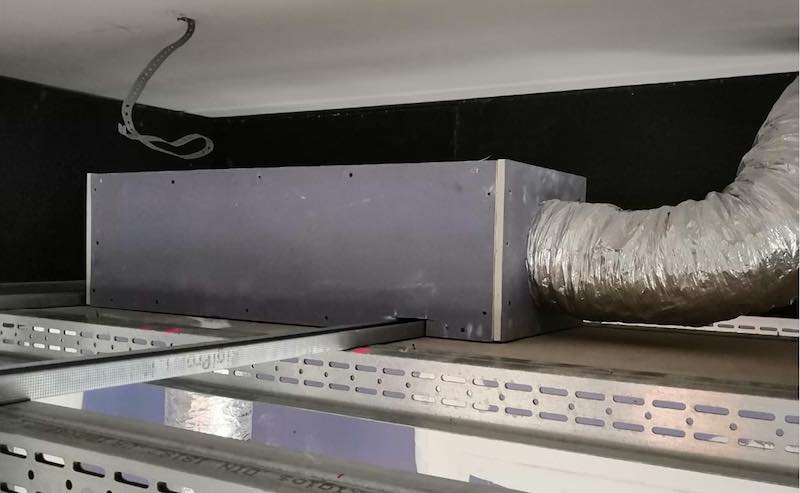 Welcome to the fourth part of our Mixwerk-Dubbing Studio-Construction-Blog in which we deal with the setting up of the construction team and construction planning.

On the cover picture you see one of 19 sound absorber boxes, which we built for the access of the air conditioning hoses into the studio rooms so that there are no open holes in the studio ceiling. The shown box is not finished yet but will be completely stuffed with insulation and then wrapped with another box.

Back to topic: Currently the Sisyphos task par excellence in Berlin and probably also in other German cities is the compilation of the various "trades" and the creation of a construction plan. Craftsmen are very difficult to find and they usually work on several orders at the same time. This is also true for architects, acousticians, climate engineers, etc. …

Therefore, you have to be prepared that a planned construction period of four months can quickly turn into seven or more.

Therefore, you have to be prepared that a planned construction period of four months can quickly turn into seven or more.

We spent six months looking for a drywall company that not only raised plasterboard walls, but also had experience in sound studio construction. This is important because this section accounts for about 40 % of the total construction work. To the individual construction stages we have provided a small cost overview. This shows how many expenses you have to reckon with per area.

Fortunately we found a very good carpenter who was familiar with our studio doors weighing up to 150 kg and was able to install them in the studios with up to 90 cm deep wooden formwork. In addition he was not afraid of triple glazing with heavy soundproof panes.

But that wasn't enough, because on a recommendation we found an acoustician who already built several dubbing studios in Berlin. He recommended us again a site manager and the architects. The circle closes and you can see how the planning can be done as soon as you have made the first important contacts. 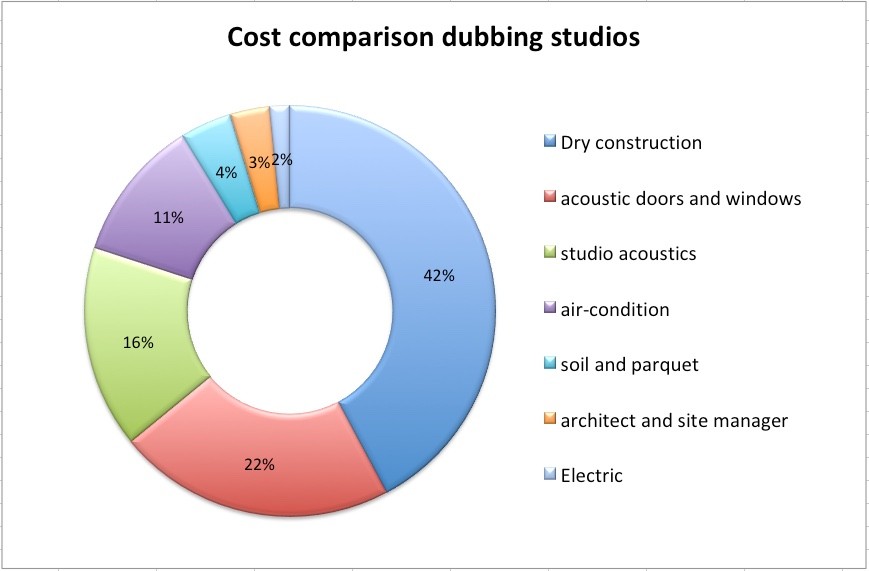 Figure 1 Here you can see the cost distribution so be careful when looking for suitable drywallers and carpenters for doors and windows.

But what is the best way to plan and when will the construction finally start? At the beginning you get an acoustic report of the rooms and the proposed wall constructions. At this point you can find out if your own premises are a disaster or if you can conjure something fancy out of it. In addition, there are detailed drawings from the site manager or architect showing how the later construction and the individual elements must look (e.g. the rain windows or the "ceiling attachment shell connection"). For the dry walls we have the following plan:

Wall 1 (of 4 different walls) in German: 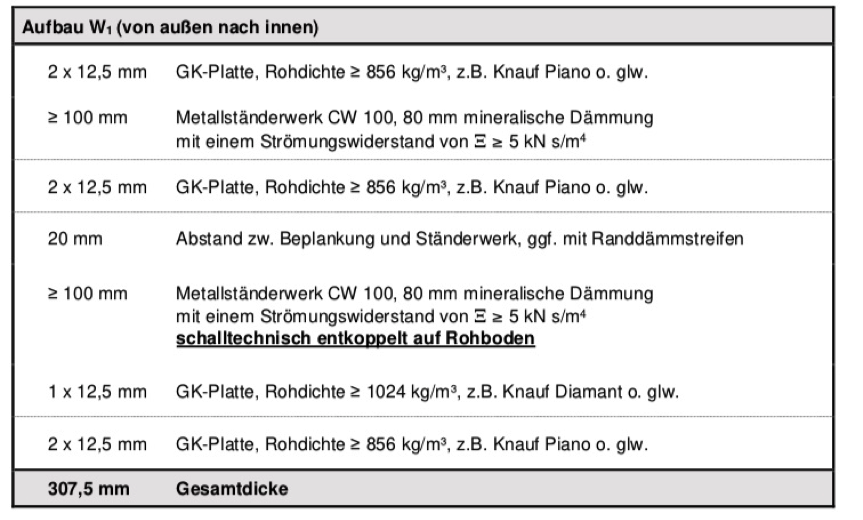 Figure 2 This is our wall1 with a total thickness of approx. 31cm, in addition to two 18cm acoustics which means that we have 69cm minimum wall thickness. The walls between the studios were 15cm wider.

The floor in the control and recording rooms is completely acoustically decoupled from the actual floor of our rooms. Here we reveal the "secret" of how this is structured:

Figure 3 in German: The floor is floating on Silomer/Regufoam. With this construction something heavy like a tram could drive by next door without being audible.

80mm floating cement screed guarantees an acoustic damping of incoming waves down to 30 Hz which should be enough for us here. There could be even smaller oscillating machines standing in the rooms above without us noticing that. The point bearings do not have to be made of vibration-absorbing "Sylomer" mats – actually there are already cheaper products on the market that are comparable in their properties.

For the acoustically versed among you we present the first analysis of the room modes of our director & mixing room #2. In order to meet the Bonello criterion, we had to change the room dimensions again after this analysis. As you can see from the lower graphic, the mode distribution does not increase steadily, but increases and decreases in the range of 40 - 80 Hz. 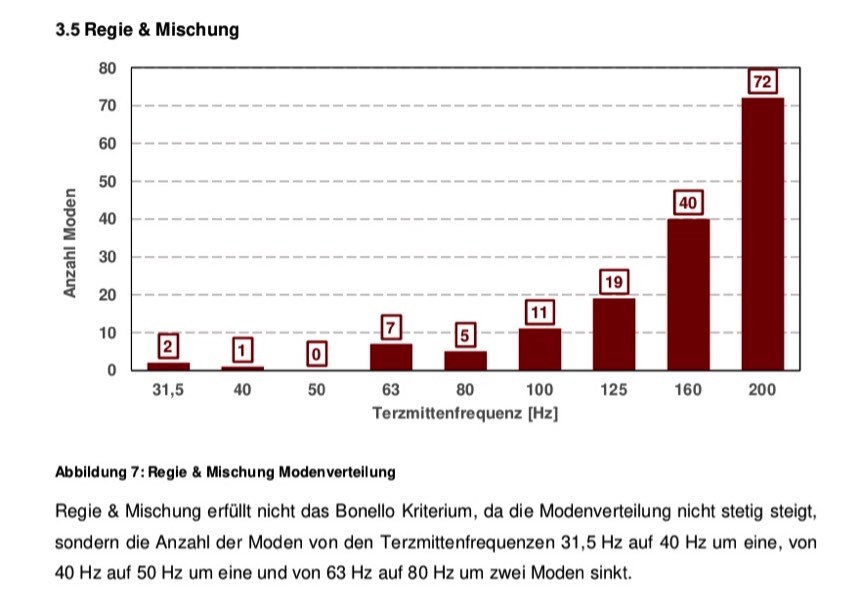 Explanation of the problem: In closed rooms, resonance phenomena occur in relation to the room dimensions, which are referred to as "room mode". If a sound wave hits a hard surface, it is reflected. The superposition of the waves running back and forth produces standing waves in rooms that are acoustically untreated due to constructive and destructive interferences. In the field of standing waves there are points where the deflection of the air molecules is =0 (so-called wave nodes) and places where the deflection oscillates (so-called wave bellies). The distribution of knots and bellies in space depends on the frequency at which the space mode oscillates. ​
Tweet
Tags:
Recording Dubbing Sprecheragentur
Dubbing Studio Berlin - Building Dubbing Studios p...
Dubbing Studio Berlin - Building Dubbing Studios p...

What kind of budget do I have to estimate for your services ?