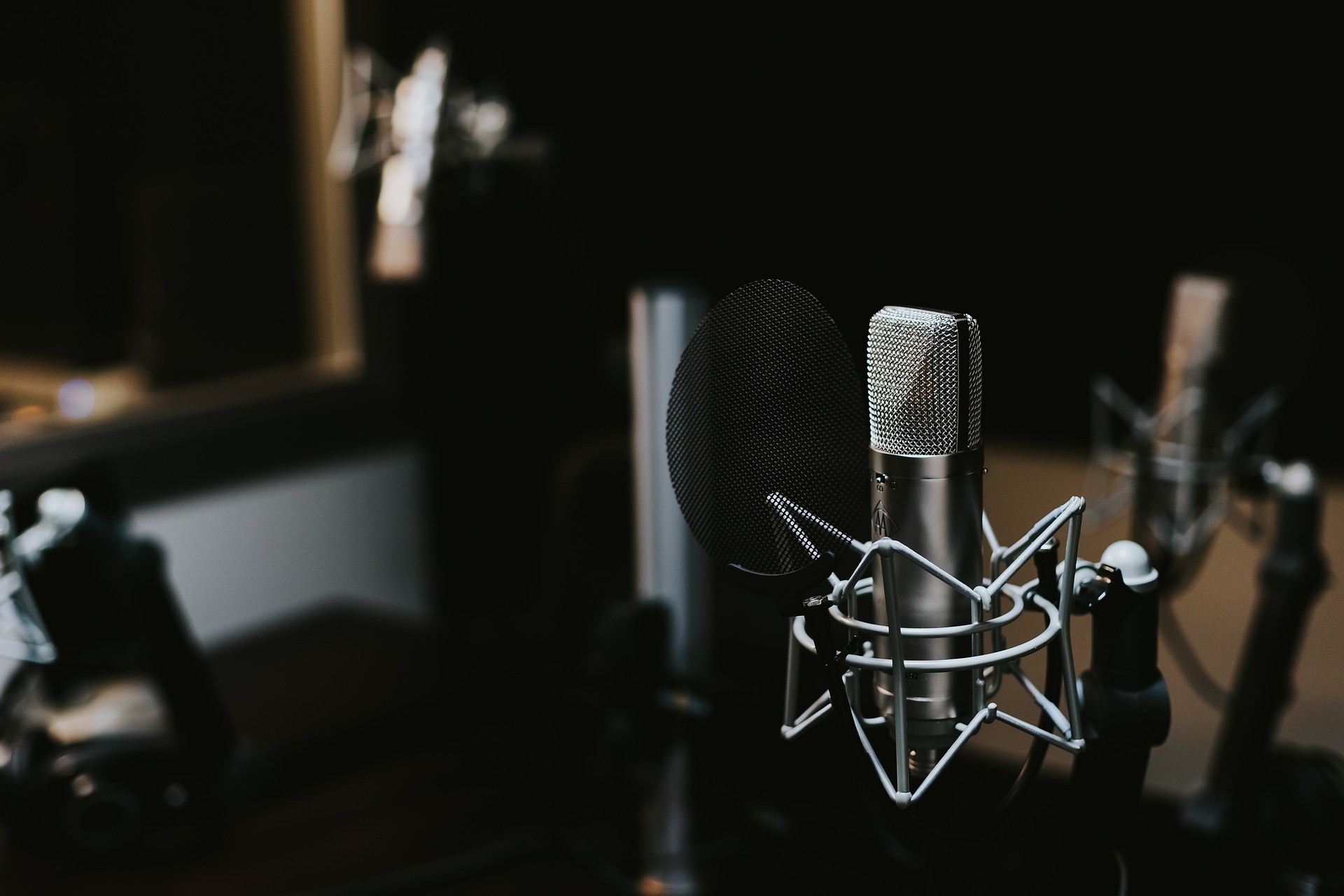 But then YOU - as the producer or writer or director or engineer or account handler or client (especially client) - can do exactly the same.

If you are in "star-booking" (clean version) mode, remember that a lot of "tv/film stars" actually have rather boring, indistinguishable voices. Without their face in front of the listener/viewer they could be Joe Bloggs. (Sorry Joe! This is a huge generalization - but try watching films/tv with your eyes closed.)

Often screen/stage actors are not experienced at voiceovers and can be a complete waste of time & money - unless your client needs to bolster his/her image at the golf club. Having said that, there are some "minor TV personalities" and jobbing TV character actors who are just brilliant at voiceovers.

If you've got a friend who is an out of work actor - steer clear unless you've got the time to train them.

Being a good voiceover is only partly about the quality of the voice. It's also about general skill levels developed through experience and application. So read & study the following points.


1. Learn to read ahead so that you can work out where a sentence is going to - before you get there. For many sessions you will have to read a script "cold". We had a session not too long ago where two versions were required of the same corporate video script - a male version & a female version. The scripts were to be recorded "wild" (not to picture) and the video edited to match the narration. The male actor required two or three takes of each paragraph & lots of drop-ins - he just couldn't work out where a paragraph was going. He took 2 hours. She took forty minutes - and was brilliant. Guess who will get the most work?

2. Practice adjusting the overall speed of the whole read - or just a sentence - by nanoseconds

3. Inside each microphone is a tiny sexual organ - which can only be stimulated with YOUR voice. You have to make love with it. You have to perform as you've never performed before. You have to show it ALL positions from the Vocal Kama Sutra...

7. Learn to play with the words and the timings to complement background music or SFX - or to work against them. Elongating a certain syllable can sometimes make all the difference. Often everything will be added & mixed once you've gone. But don't be afraid to ask to hear a snatch of the music so that you can get the right feel. Sometimes the engineer will happily play the music just down your headphones (cans) if it helps your performance.If you are supposed to be shouting above the wind or a hubbub - ask the engineer to play the relevant sound effect down your cans during the recording.

8. Be able to take cues from a TV monitor, register what the cue-lights mean, read a time-code display, read a script brilliantly - all at the same time...

9. Lovingly caress syllables - sometimes. 10. Indulge in verbal foreplay with the director/producer and studio staff. Don't just sit there being the great A C T O R. We're all in this together. A team.

11. Don't keep telling everyone that you'd rather be doing a season at Stratford (for any Americans - Stratford is where The Royal Shakespeare Company is based. It is not a golf course)

12. Learn to carry on with a read even if the producer is whispering instructions down the talkback, and the engineer is telling you to ignore the producer...

13. Carry on with a read even if there is a delayed echo in the headphones

14. Don't make a meal of it if the engineer whispers that he/she forgot to record the last take - especially when everyone agrees it was the best out of 72... Anyway, why can't you do a good read more than once?

15. Do brush up your Latin. People who do medical/technical commentaries & narration should earn 3 times the normal hourly rate! But don't tell them I said so...

16. Get something to eat before the session - but nothing full of garlic - another actor will be in the voice-booth after you. Take your litter with you. How about a nice gesture like bringing out your empty drinks cup? Don't expect the studio staff to rush out and buy you a snack.

17. Resist the temptation of that lovely studio coffee - it encourages phlegm. Have a glass of warm water. Although smoking can help give a good "cutting" edge to your voice, it also dries-out your mouth - giving rise to more mouth noises which the engineer then has to edit out. Try not to smoke in the booth. If you must smoke & there isn't an ashtray - ask for one.

18. Resist sparkling mineral water, drink the flat variety. There's nothing worse than opening the microphone fader & hearing the bubbles burst in the mouth

21. Do have a set of dental plates that don't clack

22. Do have a silent heart pacemaker

23. Have insurance so that when the whole studio "howls round" and your eardrums burst, you can at least get a job as a producer. Seriously, if you feel that conditions at a certain studio are affecting your performance adversely, or that a particular engineer is consistently not getting the best out of your voice, DO let the studio manager/owner now.

26. Don't expect studio staff to answer and take messages on your mobile

27. Do understand that a booking is for a whole hour.

28. Do be brave enough to have informed your agent of any inadequacies or moral objections so that you aren't booked for unsuitable jobs

29. Arrive on time, preferably 10 mins early. It's not our fault that you've been booked back-to-back & have to travel halfway across town.

30. Enjoy the session. Don't be aggressive - you don't need the ulcers

31. As a voiceover, you're probably getting paid more for an hours work than the runner earns in a fortnight. You may well be worth it, but on the other hand... And who's to say you're worth more - or have a higher social standing - than the writer, the producer, the director...

32. Have some good stories and one-liners - but judge the timing of the telling of them very carefully. Give the client a good story about a celeb that can be re-told by the client at a dinner party - thus enhancing his/her social standing - and you'll be re-booked again & again. Till your stories run out...

33. Remember that we love you all (well, some of you) really. Half the fun of the job is taking the mickey out of our esteemed voice artistes. The range and breadth of discussions & chats brighten up the day. And when you do something brilliantly, we all feel that inner self-satisfied grin - realizing yet again what a wonderful, self-indulgent industry we all work in!

34. Most studios record to digital formats. This means that bodily noises are no longer masked by good old 1/4" tape hiss.

35. Dress accordingly. For the reasons above, many studios have had to reduce the air-conditioning flows to the voice booth - so it may be quite warm. (Again, there's no tape hiss to mask air-flow noise.) Actually it's just a ruse to get voiceovers to expose more of their bodies... mmm, nice.

36. If you are sent a script beforehand, at least try to read it BEFORE the session. If you really haven't had the time, find a paragraph where the words could be changed to make it read a little easier. Suggest this minor change before the recording stops - it will impress. Oftentimes the script will have been written by a press/brochure copywriter. It will be difficult to read - and sound uncomfortable to the listener viewer. However, the script may have been approved by several committees and the MD's au-pair. The producer/director may not dare change a word. By sympathetic to his/her problems.

37. Don't ask the studio to feed your parking meter. Put enough money in to last for any unplanned over-runs. Why should we suffer 'cos you're too mean to plan ahead? Or use the train/bus like the rest of us.

38. Don't blow your nose straight in the direction of the microphone. A good mic can cost over £2,000. A well-aimed nose-blow can destroy it (especially if your tissue bursts). Tell the engineer first.

39. Don't get up & wander round the booth between takes - unless you have the experience to get back to EXACTLY the same mic position. If you have to leave the booth, make sure you close all the doors firmly when you come back. Ask the engineer if he/she needs to take levels again.

40. Learn to turn pages silently. You should be able to read the New York Times from cover to cover without a single paper rustle. Develop and practice this technique at home - it's important

41. Cultivate the studio receptionist. Clients often ask if we can recommend a good voice artiste or voice agency. They may not know how good a voice is in the studio - but they know who they like!

42. Don't cram your showreel with too many impressions. The bulk of voiceover work is for normal reads. Make sure we hear some "straight" voice within thirty seconds. With many showreels now on agency compilation CDs, it's very easy to press the "skip" button to the next voice. If you can't demonstrate your vocal abilities within 2 minutes - don't bother. This doesn't apply if the bulk of your work is TV doc narration - then we need MORE time to judge.

43. Don't outstay your welcome after the session. Tell a gag & then say your goodbyes - unless you're invited to stay.

44. Some producers/directors are full of bullshit - and devoid of talent & tact. They haven't the intelligence to realise that it's their rubbish direction that causes the problems in the first place! Conversely, some actors are not capable of taking direction no matter how good the studio director.

45. The quality and level of your headphone feed can affect your perfomance. You may subconciously alter your delivery in an attempt to compensate. Studio engineers will often use this effect to compensate for your inability to take direction, or the directors inability to give proper direction. Or the studio engineer may be so insensitive that he/she has no idea that it makes a difference.

46. Booths are sometimes strewn with cables - the previous session may have had six actors individually mic'd. If the cables are in your way - ask the engineer to move them.

47. Apart from mains voltages in the booth, even quite innocent-looking pieces of equipment may have relatively high voltages inside. Be careful with any drinks. A careless spill could cost thousands.

48. If you have a drink problem, confide in your agent. Tell them not to accept any bookings after lunch. Better to be known as someone who will, from choice, only work in the mornings rather than someone who is incapable of working properly in the afternoons.

49. Be ready to learn new techniques. Your never too old to learn.

Did you ever heard of ISDN Recording ?